Hiring Summer Interns And Volunteers: It’s More Complicated Than You Might Think 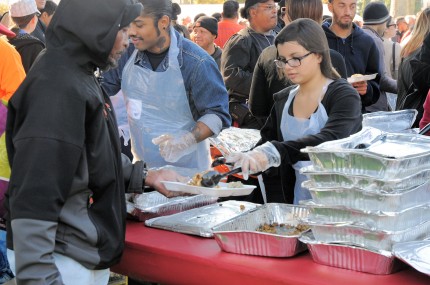 Now that summer is nearly upon us, you may have students looking for hands-on work experience contacting you, offering to work as unpaid volunteers or interns.

But many employers are not up to speed on the strict state and federal guidelines regarding who is legally considered an employee entitled to be paid at least minimum wage. And mistakes can trigger claims for back wages and overtime, plus penalties.

Who Is A Volunteer?

Although both interns and volunteers may be unpaid, different rules dictate exactly who qualifies as each.

As a general rule, federal law does not permit volunteers to work at for-profit businesses. Individuals can, however, donate their time for religious, charitable, or humanitarian reasons to nonprofits or state and local public agencies.

If the workers are already employed at a nonprofit or government agency, though, they can’t volunteer to perform the same type of work they’re paid to do. For example, a school secretary couldn’t donate clerical work by putting in extra hours without pay for a fundraiser. But the secretary could volunteer to chaperone a student dance so long as this isn’t one of his or her normal job duties.

Who Qualifies As An Intern/Trainee?

Interns and trainees must meet specific criteria to avoid being classified as employees. Most importantly, the training must primarily benefit the intern and not the employer. And, in general, the training should be similar to that given at a vocational school.

The government says interns shouldn’t replace regular employees. And if someone works independently rather than under close supervision, the odds are that the person’s work will be considered to be for the employer’s benefit.

Also, interns who spend a lot of time on simple tasks that don’t take a long time to learn typically aren’t advancing their skills or training and are likely to be considered employees.

Finally, interns should not be assured of getting hired when their training ends.

Here are some tips for steering clear of problems when hiring summer interns or trainees:

1. Internships should be complementary to school. To be considered an intern, a person usually must be enrolled in a related educational or licensing program. Note that California has special rules for certain types of formal training and “vocational work experience” programs that require trainees to be paid and treated as employees.
2. Watch advertising. The California Labor Commissioner takes the position that ads for internships should clearly indicate that the program is for educational or training purposes.
3. Use written agreements. One important way to help avoid disputes with interns and trainees is to have a written, signed agreement that spells out the terms and conditions of the training. It should state that the job is provided for the benefit of the intern, not you; that the intern won’t be paid or receive any benefits; and that the person isn’t an employee. Written agreements are useful for volunteers, too, so there’s a clear understanding that they are donating their time without an expectation of pay.
4. Use caution with stipends and benefits. You can give an intern a stipend, but it should be a set amount per month or other time period that is unrelated to the number of hours worked. Except for workers’ comp coverage, it’s safer not to provide traditional employee benefits. Also, make sure your benefit plans, to the extent possible, clearly exclude interns and trainees.
Is It Worth It?

Given the complexity of state and federal rules, you might find it easier to hire an intern on a short-term basis as a temporary employee and pay minimum wage rather than worry about complying with all of the technicalities. For more information, contact the nearest office of the California Labor Commissioner.